Popular Culture & Media as a Teacher

When I tell parents and friends that one of the subjects that I teach is popular culture, I typically get eyebrow raises that would make Spock proud.  My classroom is usually packed with curious parents on back to school night, and one of the first questions they ask is always, “So, is my kid just gonna watch movies in this class?”  Rest assured, the answer is no.  In a nutshell, my goal is to give students the tools necessary to be critically thinking media discerners.

It’s important that students learn to critically analyze the messages that media is presenting to them, because let’s be honest, the media is inundating us with a staggering amount of content. At the beginning of each school year, I research current media consumption rates, especially among teenagers. Very quickly, by the numbers.

A typical teenager’s weekly media consumption goes like this:

10 hours on the computer

That comes out to be 10 hours and 45 minutes EVERY day.

Early in the school year, students say things like, “Yeah I watch some things that I shouldn’t, but it doesn’t really affect me.”  After being presented with the previous data and other research studies that oppose these student beliefs, my classes begin to admit that yes, maybe their media consumption choices do affect their beliefs and values.  How could it not? If I did anything for over ten hours per day, I would have a lot of habits and opinions deeply ingrained in me. 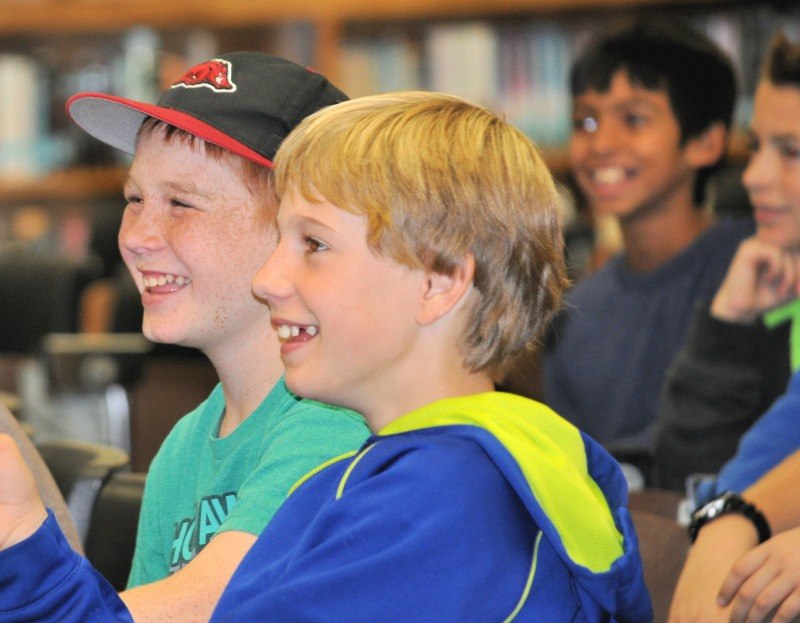 I might be content with the amount of teenage media consumption if I thought that the media was presenting our students with realistic and positive images of people and relationships.  But when 3 out of 4 teenage girls feel depressed, guilty, and shameful after spending THREE minutes leafing through a fashion magazine, something is wrong. When 48% of students wish they were as skinny as models, I can’t help but think that means just barely over half of students are happy with their self-image. The media shows these images of dominant, hyper-masculine, violent males and incredibly skinny, petite, large busted females and presents them as normal. When media presents body types that are unhealthy and almost biologically impossible to attain, something is wrong.

I could further discuss the media’s “normal” portrayal of family, sex, violence, Christianity, adults, teens, etc., but this is a blog, not a master’s thesis.  It’s my goal to teach Calvin Christian Popular Culture & Media students a skill set that allows them to analyze the messages and images with which media inundates them.  It’s my goal to help students discern appropriate, realistic, and positive media choices.  But it’s a tough goal to attain.  How is my 220 minutes per week supposed to compete with media’s 645 minutes per day?

As much as it pains me to admit, I can’t realistically compete with those kinds of hours; however, I can get help from parents.  Christian families can engage students in meaningful discussions about media messages and extend the classroom into the home.  With students being exposed to an average of over ten hours per day of various media content and messages, there is not a shortage of conversation topics.  As my own children grow up and become media consumers and participants, I have to actively make it a point to discuss media’s messages with them.  If I don’t, I’m going to become a part of the scariest statistic I have ever researched for popular culture.  That is, according to a 2007 study, the amount of time PER WEEK that parents spend in “meaningful conversation” with their kids is 3 ½ minutes.  A sobering bit of evidence.

While researching and writing my master’s thesis, I discovered an interesting connection between student learning and parental involvement.  Through my research I found that some of the most effective student learning and student retention of information occurred when parents intentionally engaged their children with questions about the homework.  Researchers found that the discussion between students and parents increased student learning, but not for what I thought was the obvious reason. The researchers and I thought that student learning increased because the parents were essentially forcing a bit of repetition of the material.  Instead, the research showed that students were learning better because they felt affirmed.   Simply by entering into a conversation about homework and learning with their children, parents caused students to feel more proud of their work, further motivating the learning process.

That link between parental communication and student affirmation can be applied to our kids’ media habits.  We ask, and want, our students to be actively engaged while doing homework, so why should media consumption be any different?  Parents have the best opportunity to positively engage and affect their kids’ media literacy.  We cannot just sit back and turn a blind eye to media content that runs contrary to our Christian beliefs and values. How do students know and learn differently if someone does not enter into the conversation with them?   Alternatively, we cannot sit back and stay silent when our children make positive media choices.  How do students know and feel affirmed in their choice if no feedback is given?

The communication needs to occur, and it needs to occur frequently, because that is how our children are going to learn it best. If it doesn’t, our children’s affirmation is going to come from the media itself, and that is a truly scary thought.

Jonathan Beutlich, CCHS class of '99, is the Junior High Science and Pop Culture teacher as well as the High School Media teacher at Calvin Christian School. He has taught in Christian education for over 13 years. Read more about Jonathan HERE.